On the 21st of November, an exchange of view took place during the Committee on Fisheries of the European Parliament on the report ‘Towards a sustainable and competitive European aquaculture sector: current status and future challenges’ to be drafted by MEP Carlos Iturgaiz (Spain, EPP). In his speech, Mr Iturgaiz highlighted the importance of aquaculture in the European Union and some of the drawbacks this sector currently encounters.

Among the issues pointed out during the meeting, the administrative burden is the biggest significant problem of aquaculture at the moment, with complex and long procedures for producers to get licences and authorizations. In the European Union, there is not a specific legislation addressed to aquaculture such as for the fisheries sector. Aquaculture is driven by guidelines or general strategies, which leave space for each Member State regarding the implementation of the rules.

Furthermore, it was stated by some MEPs that, due to all these issues, the EU aquaculture production is stagnating while seafood consumption is increasing.

However, several MEPs highlighted the growing importance of this sector and its significant potential. In particular, MEP Werner Kuhn mentioned aquaponics as an interesting and innovative system that deserves to be supported by research and innovation funding. The representative of the European Commission also pointed out the need to innovate in this sector, and agreed on the fact that aquaponics could represent a sustainable solution. 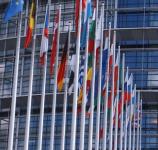 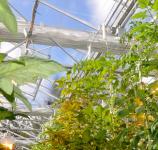 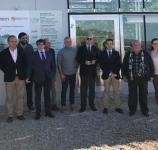